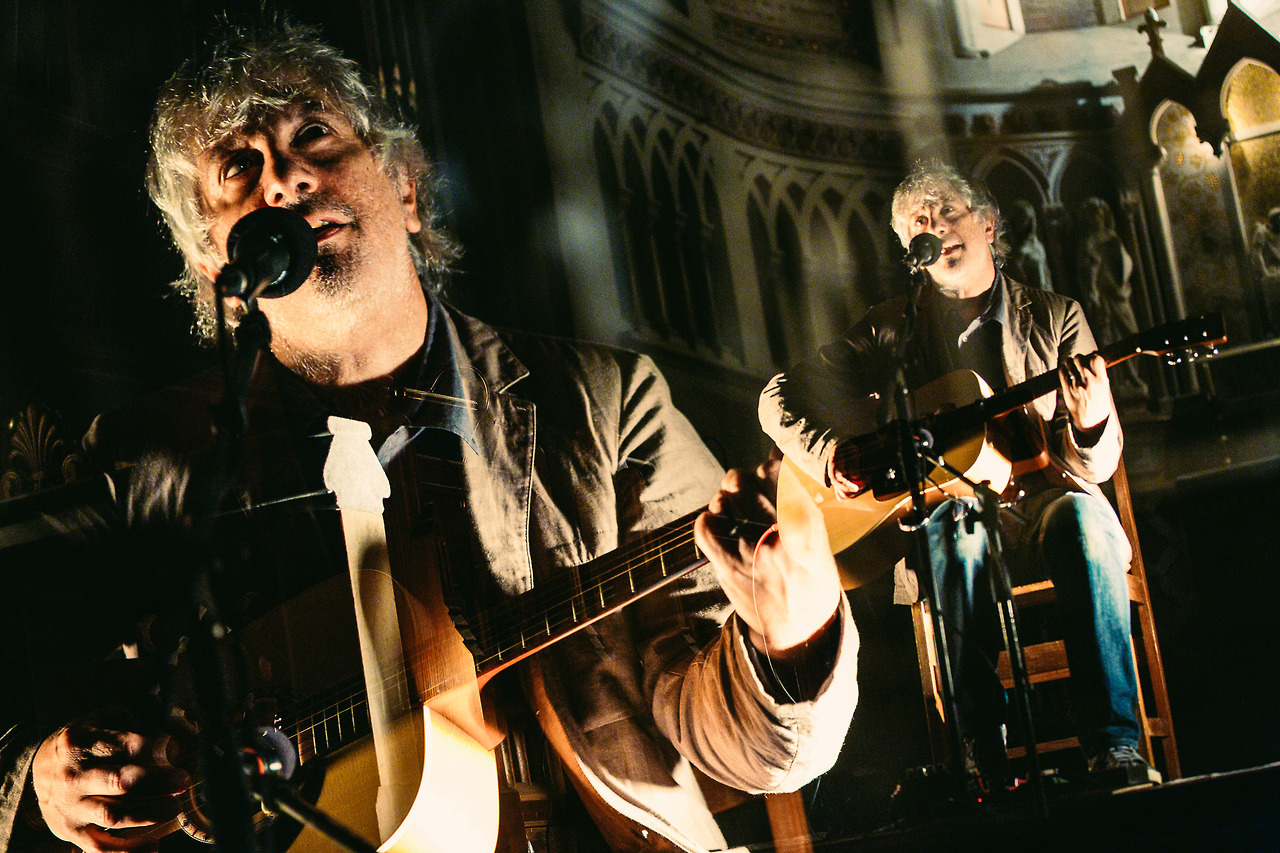 1. Where are you right now and how are you feeling?

I am in Norway – last night we played our fourth show together as El Rayo, in Oslo. I love being in Scandinavia and the challenge of working with a new group. I’m feeling optimistic in general, and very excited to have a new record completed and awaiting release, a record that I think is one of the best things I have done. Now I have to find a record label to release it, not the easiest thing in today’s climate!

2. Could you introduce the band you’re bringing to Helsinki, please?

Yes – our trio is called El Rayo and it’s a new group. Raul Fernandez is a musician and producer from Barcelona. We first met when my band recorded our Acoustic Dust album which we made in Barcelona and Raul was asked to come in to record it. We had not met before that, but our working relationship went very well and we determined to try to work on a new album together if the chance presented itself. Raul brought in another Spanish musician that he has worked with, Cayo Bellveser, who is playing bass and keyboards. The idea was to build off my recent solo acoustic shows, so I am playing acoustic guitar and Raul and Cayo are switching instruments between songs, so we can try out different arrangements. We’re playing mostly my new, unreleased material and then some songs from my last couple albums… For this tour we decided to put together a rather skeletal band, a trio, to try different arrangements of the various songs and see what worked in a live setting, with the idea of building a bigger, fuller band (quartet or quintet) for touring once the album will come out. So the nature of our current concerts are a bit ‘experimental’ by nature – we are sometimes playing to backing tracks and samples, trying to keep things loose and see what develops.

3. What can we expect from the upcoming album?

In early 2015 Raul came to New York and we played an improvisational concert together and worked on a few of my new songs in the studio. We liked the result and over the course of the year from April 2015 – April 2016 we created together the recordings that will make up my next album, to be called Electric Trim. The record is pretty highly produced, with both many live players (The Dust, Nels Cline, Sharon Van Etten, Kid Millions) and electronic beats and samples, horns – many elements. In contrast to my last album, Last Night On Earth, which was made in a very immediate way with a 4-piece band playing together in a room, this record was built up in layers in the studio.

Another aspect of this album that has been a new development for me is that I’ve collaborated on a good deal of the lyrics for the first time with a friend of mine, American writer Jonathan Lethem. The process worked really well and I think we’re both quite happy with the results, and hope to do more in the future together.

4. What inspires you just now?

Usually I’m inspired by all sorts of visual artists, filmmakers, writers and fellow musicians, by my family and by the developments in the world around me. Lately I’ve been pretty absorbed in the US political process, our upcoming presidential race that has become such a crazy affair, with the rise of both the radical left and radical right.

5. What advice would you give to a young musician just starting out?

The most important thing for a musician starting out is to find the pleasure in the activity. There is really, ultimately, no other reason for playing music. We say “playing” for a reason – no matter how serious one’s endeavor, the idea of ‘play’ is quite important. Beyond that I’d say to stay true to the reasons you are playing music, try not to get distracted by the business or economic sides of it and just fall in love with the sounds.

6. Has your process of making new music changed over the years? If so, how?

The basic change has been going from the collective environment that was Sonic Youth, where we were all 4 contributing to the songwriting and building our music together, to the more solo aspect of my current work, where I’m pretty much responsible for the songs and the lyrics, even if my fellow musicians have a big hand in how the music ends up sounding. That’s been the main change, approaching the whole project more in the manner that I film director would, trying to handle all aspects. In SY we were able to share all the work amongst us, which was a very different (and I’d say more ”rare”) situation.

7. Is there somebody you would like to collaborate with (but haven’t done so yet) in the future?

Well, I am collaborating with people all the time. The collaboration with Raul on my recent album has been a very deep one for much of the last year. I’m always interested in doing such ventures, but there’s no-one in particular on my ”list” right now. I usually find that these things can come up rather spontaneously, rather than imagining my ”dream” collaborator…

8. I once saw you walking on Bleecker Street in New York and wanted to say ”hi” and to thank you for all the great music, but decided not to do it. Do you generally prefer to meet your fans in such casual situations or not?

Sure, it’s usually a pleasure when someone comes up and lets me know how much the music I’ve made has meant to them. It’s the most important interaction between creator and audience. I usually love to talk to people if they stop me. It’s the same reason I usually make myself available after shows in case anyone wants to say hello or talk about something specific…

9. Is there anybody in particular you would like to meet while in Helsinki?

10. Any greetings to the Finnish people coming to see you perform?

Yes many greetings. Hope to see you at the concert or on the street. I’ll be walking around town trying to see what I can, maybe a return visit to Kiasma if I can fit it into our schedule…