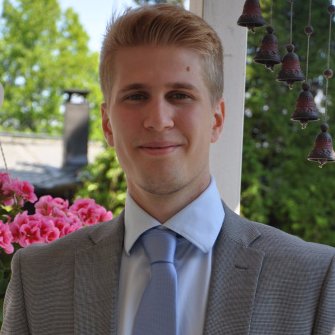 An institutional approach on a new European security architecture oversimplifies a complex problem and brings about untenable compromises that only Russia stands to gain from. Dealing with current challenges in the security environment requires both a long term strategic vision and a thorough understanding of the core causes of disagreements and conflict, writes Henri Vanhanen. Henri is an author for the Finnish Foreign Policy publication The Ulkopolitist and has written expert articles on Finnish Foreign and Security policy, international relations and analyses of the security environment. Currently Henri is finishing his master’s degree in contemporary history. He is also a student in the Versatile Expertise in Russian and Eastern European Studies (ExpREES) programme coordinated by the Aleksanteri Institute and has studied American history in the University of California Berkeley. Henri has worked for the US State Department and US Department of Defense as an intern. Henri’s writings represent his personal views.

On February 26th, Brookings Institution senior fellow Michael O’Hanlon wrote an opinion piece in The Wall Street Journal titled ’An Alternative to NATO Expansion That Won’t Antagonize Russia’ where he discussed the possibilities of the Trump administration to improve current Russian-American relations. O’Hanlon introduced an idea of a new European security architecture based on a ‘permanent neutrality’ status of certain North and East European states, namely Finland and Sweden; Ukraine, Moldova and Belarus; Georgia, Armenia and Azerbaijan; Cyprus and Serbia, and possibly some Balkan states.

In O’Hanlon’s setting the core concept would be permanent neutrality in terms of formal memberships in treaty-based mutual defense organizations. In return Russia and NATO would commit to uphold the security of Ukraine, Georgia, Moldova and other states in the region. At the same time these states could maintain the right to choose their form of government, political leadership, diplomatic relations and economic associations.

While O’Hanlon believes that it is time for Western nations to start seeking for options to solve the on-going European security dilemma, his proposal is not a sustainable one. O’Hanlon’s solution is a reflection of revised great power politics which supports the idea of great powers with legitimate spheres of influence. However, in a closer analysis, it can be concluded that O’Hanlon’s solution is and would be toxic for the current European security order.

First, the idea that some European states would commit to not joining a mutual defense organization would mean rejecting the very OSCE principles of sovereignty that the Ukraine crisis is fundamentally about. Even if states had the right to choose other forms of cooperation we would still be talking about a limited sovereignty, all in the name of great power politics. O’Hanlon’s solution would basically dismantle this modern European security order.

Secondly, after the illegal annexation of Crimea, utilization of power politics in Eastern Ukraine and waging of aggressive cyber and information warfare, I find it very difficult for the states in O’Hanlon’s list to consider Russia a reliable partner. Trading sovereignty for a ‘permanent neutrality’ guaranteed by Russia just doesn’t sound very convincing considering Russia’s violations of the principles of OSCE (i.e. the Helsinki Final Act and the Budapest Memorandum).

Thirdly, should the West agree on such a security architecture, the solution would not be based on the convergence of values but rather on a modern balance of power. Russian foreign policy is driven by its historical great power identity and the idea of its exceptionalism in the world order. In resource terms, the end of the Cold War also ended Russia’s traditional greatpowerness (великодержавность) which it has then been seeking to return during the rise of Mr. Putin. In the Munich Security conference last February Russian foreign minister Sergey Lavrov introduced the term “post-West world order” which speaks for itself. The view that a ‘permanent neutrality’ of certain states would end the tensions is simply wrong. It should be remembered that Russian power politics triggered the current European security crisis in the first place. In this respect NATO actions cannot be equated with those of Russia and thus a ‘NATO only’ ‘permanent neutrality’ alters the reasons behind the crisis. In reality, NATO actions in the post-Cold War era have not given Russia tenable reasons to consider the alliance threat. The problem was never about NATO enlargement, but rather Russia’s determination to expand its sphere of influence through power politics and Mr. Putin not feeling satisfied when this goal was met by resistance in the West. It is rather naive to think that the problems in the Russia-West relations could be solved by mere institutional arrangements since the nature of the problems are not institutional, but rather lie in the dynamics of relations.

Fourthly, the idea that Crimea should simply be “put aside”, as O’Hanlon frames it, is advantageous to Russia. This is something that many in the West are getting wrong; is the responsibility for détente and playing by the rules merely a responsibility of the West? This would indicate that the West is ready to compromise détente by all means necessary. In reality, “putting Crimea aside” is basically giving Russia what it wants in return for a peace of mind in the West for the time being. To Putin, such a compromise would indicate weakness. The Russo-Georgian War of 2008 taught Putin that when not challenged, power politics pay off. Instead of bringing an end to problems, “putting Crimea aside” would freeze the tensions just so they could surface later. Considering this, it is hard to see what the West or Mr. Trump would have to gain from a grand European security deal struck on Russian terms.

O’Hanlon’s institutional approach on European security signals a lack of long-term strategic vision in dealing with complex problems. In a world of increasing interdependency and in the modern European security order a ‘permanent neutrality’ solution is something of the past. It is best left there, lest we bring back the old balance of power. In order to resolve current challenges, we need to change our perspective regarding their nature. In the case of Europe it means understanding the core causes of disagreements.

The views and opinions expressed in this article are those of the author. Please follow Henri on Twitter. The articles he has written for The Ulkopolitist (in Finnish) are here.